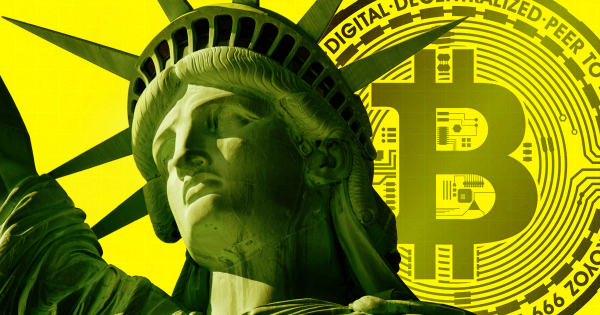 Lawmakers in New York passed a bill that would ban new Proof-of-Work (PoW) mining operations from setting up shop in the state.

The bill is now headed to the desk of New York’s governor Kathy Hochul, who will sign it into law or veto it.

A moratorium on crypto mining in New York

Bill A7389C, which passed the State Assembly in late April, was put to the vote in the State Senate on June 3rd, where the majority of Senators voted for it.

The bill calls for a three-year moratorium on the operation of cryptocurrency mining centers in the state, with lawmakers emphasizing mining centers in converted fossil fuel power plants as their primary concern.

“The  continued  and  expanded  operation of cryptocurrency mining centers will greatly increase the amount of energy usage in the State of New York, and it is reasonable to believe the associated greenhouse gas emissions  will  irreparably harm compliance with the Climate Leadership and Community Protection Act in contravention of state law,” the bill said.

New York’s push against crypto mining centers is the extension of the state’s broader effort to reduce greenhouse gas emissions by 85% by 2050. Lawmakers also plan on achieving net-zero emissions in all sectors of the economy by that time.

With the bill citing that a single cryptocurrency transaction uses the same amount of energy that an average American household uses in a month, crypto mining centers presented themselves as an easy target in the state’s push to deal with carbon emissions.

However, while the bill explicitly mentions mining centers using carbon-based energy, it will likely impact other mining operations as well. Existing centers would be exempt from this moratorium, but they will need permission from the New York State Department of Environmental Conservation to continue to operate.

The permission would be granted based on an individual assessment of the greenhouse gas emissions of the mining center, as well as its impact on water quality, air quality, and wildlife.

The state will ban any center deemed to affect the state’s greenhouse gas emission targets adversely.

According to a report from CNBC, the bill passed in a surprising turn of events as leadership in the state capitol managed to flip some senators who were previously undecided right before the vote took place.

The bill is now headed to the desk of New York Governor Kathy Hochul, who will consider whether to pass it into law or veto it.

The post New York senate passes bill that could ban crypto mining in the state appeared first on CryptoSlate.

Where Is The Ethereum Price Headed Next After Clearing This Resistance