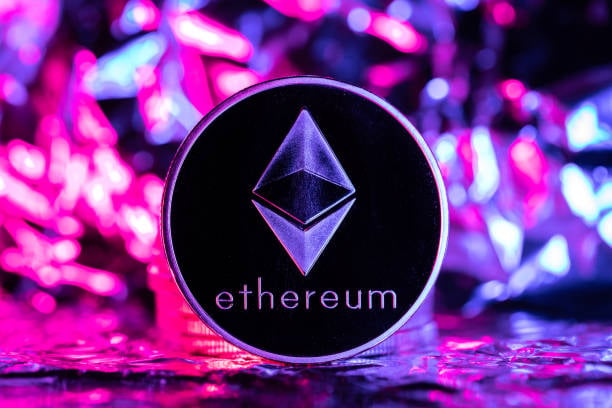 The season of giving is here! While hardware wallets, NFTs, and Bitcoin gift cards make wonderful stocking stuffers, cryptocurrency and blockchain technology are gifts that can keep on giving, especially for long-term crypto investors. Read on to realize the holiday gifts of crypto we can all receive and enjoy year-round.

Hard money is a concept many have heard, but few understand – it is arguably the most significant gift of crypto, given to us from the very first Bitcoin mined.

While the term originally quite literally referred to the tactile, durable physical nature of metals like gold and silver, it over time came to represent their monetary properties. Hard money is a reliable store of value versus the price of goods and services over time, and is valuable in-and-of itself (or backed by something that is). Additionally, it sufficiently fulfills the economic properties of money as a store of value, medium of exchange, and unit of account. The more a currency fails to meet all three of these requirements, the softer it becomes.

While precious metals served society well for thousands of years, come the twenty-first century their drawbacks had steadily become apparent. For one, they can be confiscated. A good example of this is President Roosevelt’s forced redemption of gold for fiat in 1933, wherein citizens were made to part with their hard money. Bitcoin, secured by a seed phrase only the individual or trusted custodian knows, may solve this problem.

Additionally, while metals should theoretically retain value versus goods and services, some have argued that questionable practices, over decades, have obscured the true would-be pace of gold price appreciation, resulting in stagnation. Given the endless inflation of fiat currencies, it is difficult to claim that value versus goods and services will be sufficiently preserved by metals.

And then there was Bitcoin. In 2008 Satoshi Nakamoto released the Bitcoin whitepaper, authoring the first digital, cryptographically secure, hard money to truly catch on and establish itself in the marketplace. While some cite volatility year-to-year as evidence against giving it hard money status, longer-term value accrual thus far suggests the opposite. Value has been more than stored over time – in fact, it has grown. Regarding innate worth and utility, Bitcoin is backed by energy. Mining requires an investment in CPU cycles and electricity; that investment is immortalized through the receipt of new Bitcoin.

It has also been pointed out that Bitcoin is not just the opposite of soft money, but also the opposite of “easy money” – unlike fiat, it cannot be issued and inflated ad nauseum, and unlike gold, there is no possibility of a previously unknown tranche of supply being discovered, affecting its economics in unpredictable ways. There will only ever be 21 million Bitcoin, and that is the true gift of what Satoshi created.

The phrase “it’s never too late to start saving for retirement” is tossed around a lot, but is it really true? Of course, saving is never a bad thing, but with inflation still near 20-year highs, it may be difficult for late-starters to feel their traditional 401(k) or IRA will get the job done in time for the retirement of their dreams.

This is where another gift of crypto is graciously received. While the volatility of cryptocurrencies is at times branded an inherent defect or flaw, it can be an important feature that’s valued within free markets. When markets are free, traders are at liberty to test and refine their own trading strategies in up, down, and sideways markets.

When a cryptocurrency with a reliable track record experiences a steep drawdown or massive dip, the attention of retirement investment late-bloomers may be piqued. Rather than being forced to invest based on the unknown future and where the investor feels prices may go, they can instead invest based on where they have already been. With traditional assets, drawdowns are sometimes not steep enough to create truly powerful opportunity, necessitating the former style of speculation. Digital assets, on the other hand, retain their significant volatility. Tried-and-true dollar cost averaging into crypto assets via a self-directed Bitcoin IRA account can help investors capture these pivotal dips and retracements, while retaining the peace-of-mind advantages and safety that come with established retirement vehicles.

The final holiday gift of crypto is also related to opportunity, in that there is almost always a fresh innovation or powerful advancement in crypto and blockchain technology to embrace and explore, regardless of market conditions.

One such example is a new category of cryptocurrency exchange called a “fully encrypted exchange.” Typically, exchanges can be described using one of two labels: a centralized exchange, or CEX, and a decentralized exchange, known as a DEX. While each have their pros and cons, the former is generally known as more user-friendly and compliant, but with counterparty risk; while the latter is a bit more involved and lives publicly on the blockchain, but removes counterparties and middlemen entirely, which many see as a benefit.

A fully encrypted exchange, or FEX, aims to consolidate the best of both worlds. Like a DEX, a FEX is permissionless, but like a CEX, trades are not openly visible on the blockchain for all to see. FEXs are also seen as more compliant – despite being trustless and private, they can contain specific tools enabling response to law enforcement or legal bodies, keeping foul play at bay. There can even be a cross-trade feature connecting trading parties directly, eliminating slippage, a boon for large investors and profit takers.

Of course, this is just one example. Another example of innovation in the crypto space is smart contracts. Blockchains like Ethereum and the many Ethereum Virtual Machine (EVM) forks allow for cryptocurrencies and protocols governed by smart contracts.

When developed properly, these financial tools abide by fixed, or reflexive, monetary policy calculated strategically in advance that cannot change, and is governed by code, not people. The possibilities for this technology are virtually limitless, and it has already brought significant financial capability, previously and typically only available to Wall Street and accredited individuals, to retail investors.

Whether it’s investing day-one in a new token, taking advantage of powerful lending and yield instruments, or even time-locking your money to prevent yourself from selling at inopportune moments or market bottoms, decentralized finance and crypto as a whole is only just getting started when it comes to innovation and technological breakthroughs, often to the benefit of individual speculators, holders, savers, and investors.

When you trade and save for your retirement with the 60 cryptocurrencies that Bitcoin IRA offers, you can unwrap these gifts all year round.

With over one year of crypto winter already complete, markets may be that much closer to the largest gift of all – the return of the bull run. Happy holidays!

Will Bitcoin Price Return To $20,000? Here’s What Investors Expect