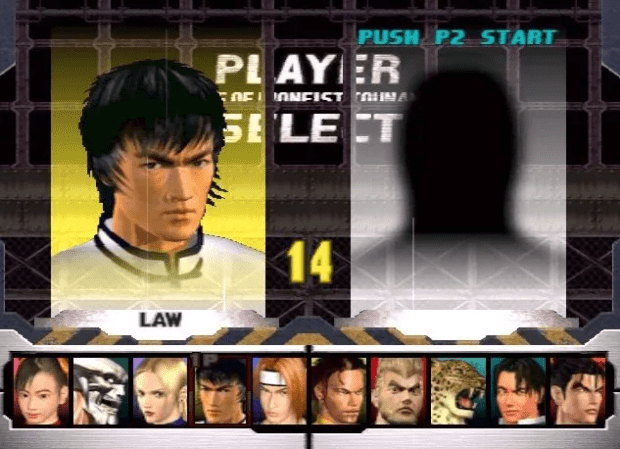 Using the “choose your fighter” paradigm popularized by video games, we can compare Bitcoin and fiat and determine a winner.

This is an opinion editorial by Tim Niemeyer, co-host of the Lincolnland Bitcoin Meetup.

Bitcoin maximalists have had a whirlwind of a year. From getting browbeat through the recent price drawdown to being seemingly prophetic bell-ringers of the dumpster fire that is “crypto,” much of what has been written in the mainstream remains net negative. What’s concerning is that their centralized, authoritarian counterparts (referred to here as fiat maximalists) somehow maintain an air of superiority in the mainstream. Oddly, both Bitcoin maxis and fiat maxis have some similarities in their structure. But how they each attempt to achieve their goal is where they differ dramatically.

As a child of the early gaming systems, I fancied the “Street Fighter” and “Mortal Kombat” series. I’d even consider myself a formidable “Tekken” opponent. From those experiences, I often frame real-world comparisons using the “choose your fighter” paradigm. Whether I’m choosing which side of a debate has the best arguments, which ideology delivers the optimal outcome or which strategy is best suited for a game, I end up creating a mental list of attributes from which I can better choose my course of action.

So, what would it look like to size up Bitcoin maxis versus fiat maxis? Does one side have a stronger argument? Does one ideology deliver optimal outcomes versus the other? Or is it simply that one strategy is better suited to win in “the game” of monetary dominance? Let’s compare…

Shinobi recently defined Bitcoin maxis as those who focus on Bitcoin, share criticism of other technologies and are constantly preaching the virtues of Bitcoin. Stephan Livera defines Bitcoin Maximalism as “the view that we’ll live on a bitcoin standard…” and that “maximalists want to clearly distinguish Bitcoin from ‘crypto.’” A potential framing of the toxic aspects of Bitcoin maximalism could be those preaching further out on the spectrum of decentralized (versus centralized), individualistic (versus collectivist) and laissez-faire (versus authoritarian), often confrontationally and controversially.

Conversely, when we apply these terms to fiat maxis, we can start to see some common themes. They focus on fiat currencies, criticize Bitcoin and pseudo-competing technologies, and are constantly preaching the virtues of the almighty dollar or similar coercive currencies. The fiat maxi maintains the view that we will all continue with the fiat standard. They also try to lump Bitcoin and “crypto” together. The toxic aspects of fiat maximalism tend to be those further out on the spectrum of centralized (versus decentralized), collectivist (versus individualistic), and authoritarian (versus laissez-faire). These are the ones who want you to eat the bugs, live in a pod, and, as the World Economic Forum states, “own nothing” and “be happy.”

When compared with these categorizations, it’s easy to see how we’re all so similar; we all want what we want in the way we want it. We’re not so different, you and I. We’re two sides of the same coin! Time to start singing “Kumbaya”? No? Well, although Bitcoin and fiat maxis are structurally similar in regards to their monetary systems, how they go about achieving it is where they contrast starkly.

“GFY” is a common anthem of the toxic Bitcoin maxi. If that makes you uncomfortable, pause for a moment, take a deep breath, and challenge yourself to understand why that’s not such a bad thing.

Comments like these are overt in nature, which is a feature not a bug. Tomer Strolight wrote “that thing that some people consider a ‘bug’ in bitcoin that they call ‘toxicity’ is in fact the virtue of integrity.” Most of the GFY-like comments are preceded by those either disingenuously or erroneously attacking Bitcoin; toxic Bitcoin maxis draw a line in the sand. Strolight further offers the concept of “principle-based toxicity,” which he considers an “intolerance of what Bitcoiners consider fatal compromises to Bitcoin.” This includes surrendering decentralization, sound engineering or security, all in exchange for adoption of some form.

If something I value is being attacked, I want to know that the people around me are willing to help defend it. Furthermore, personal growth happens when there’s a firm foundation upon which to build. If I’m surrounded by people willing to tell me the truth, I’m more likely to make sound decisions. As odd as it may sound, GFY is sincere; Bitcoin maxis are letting the intended recipient know they’re full of it and will not tolerate anything short of the truth, which is similar to the truth provided by Bitcoin’s consensus algorithm.

Personally, my BS detector has improved dramatically since I started studying the virtues of Bitcoin. While this is an N of 1 observation, I’ve encountered many similar anecdotes from Bitcoiners. That being said, there’s value in standing your ground while also calmly calling out someone’s inconsistencies in a constructive way. We should all strive to attain Michael Saylor’s ability to maintain a positive, collaborative, illustrative and welcoming frame.

Contrast all of that with the covert nature of the toxic fiat maximalist. These are the people who engage in what George Orwell referred to as “doublespeak,” language that deliberately obscures, disguises, distorts or reverses the meaning of words. Common to the toxic fiat maxi, this language does not display integrity. It is often used divisively in order to garner more control; it’s insidious in nature.

Whether it’s Nancy Pelosi’s obscure “we have to pass the bill so that you can find out what is in it” comment to Elizabeth Warren’s divisive “shadowy faceless group of super coders,” all of these are just word salads attempting to coerce the public into a preapproved mindset; it’s obfuscatory optics. Nothing they say offers solid truths; it’s hot air intended to puff up their perceived sense of power. Words are weapons they wield to sway public perception. At least Agustin Carsten was direct when he said that, with central bank digital currencies (CBDCs), “central bank(s) will have absolute control on the rules and regulations.”

So, seriously, kudos to you for that.

It’s time to choose your fighter. Who do you want to associate with? Someone who has a principled approach and provides a clear conception of reality (regardless of political correctness) or a wordsmith with the intent to deceive? Someone who wants to allow you to be you (regardless of what “you” stands for) or someone who will attempt to exert influence over others who don’t share their conception of what ought to be?

In a weird way, the preferred monetary medium is irrelevant (at least in the vacuum of this framing). What is relevant is the outcomes of human behavior seemingly created by each system. I often wonder what size the effect of the chosen monetary system has upon the individuals within said system. It’s as if Bitcoin is a forcing function for facts while fiat is a forcing function for falsehoods.

This fight continues to play itself out on the main stage of society. I believe it’s imperative to not only choose the side of truth and reason, but also to share these facts with those you love. A bottom-up, grassroots approach is the ethical way to garner consensus. Where fiat maxis will coerce you with their doublespeak to continually create their ruling-class legacy in their image, Bitcoin maxis will continue to authentically advocate for truth and reason.

Bitcoin maxis are the antithesis of fiat maxis; Bitcoin maxis exude integrity, sincerity and truthfulness whereas fiat maxis exhibit corruption, artificiality and equivocation. Bitcoin is to signal what fiat is to noise. In a head-to-head match, I choose Bitcoin maxis hands down, every time. Good ideas don’t require force. Adoption is increasing. Our time will come. The good news is Bitcoin is for everyone. Except you, Craig.

This is a guest post by Tim Niemeyer. Opinions expressed are entirely their own and do not necessarily reflect those of BTC Inc or Bitcoin Magazine.

NAB Launches a Stablecoin on Ethereum (ETH), Bitcoin (BTC) Gains Momentum, While Orbeon Protocol (ORBN) Pushes on During the Presale