Xiaomi-Backed Lidar Startup Hesai Planning to File for US IPO 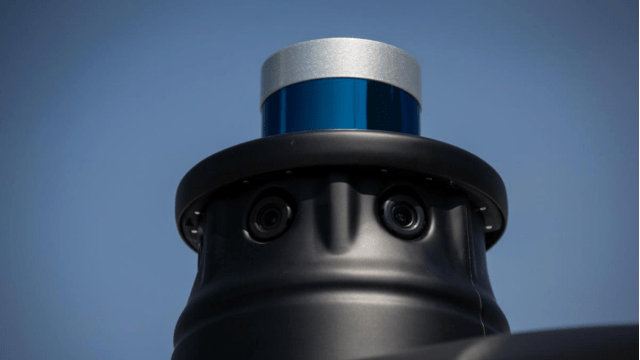 Hesai Technology, the Chinese leader in lidar technology for autonomous driving and ADAS, is planning to file for a US initial public offering (IPO) as early as next week. According to those familiar with the matter, the startup could raise about $150 million through the IPO.

As reported by Bloomberg, such investment banks and financial services companies as Credit Suisse Group AG (SWX: CSGN), Goldman Sachs Group Inc (NYSE: GS), and Morgan Stanley (NYSE: MS) are currently working with Hesai on its first-time shares offering. The details of the IPO have not been disclosed, but if Hesai proceeds with all the steps on time, it might be the first Chinese company to launch an IPO in the US this year.

Founded in 2014, Hesai Technology is a global leader in lidar technology for autonomous driving and ADAS. It empowers robotics and elevates lives through high-performance, reliable, and low-cost 3D sensors. According to Hesai, it has its customer base spread across more than 90 cities in 40 countries, including leading autonomous driving developers, OEMs, Tier 1 suppliers, and robotics companies. To date, Hesai has raised over $500 million from Xiaomi, Meituan, Bosch, Baidu, Lightspeed, Hillhouse, CPE, Qiming, and other global investors.

Notably, in 2022, Hesai became the first automotive lidar company in the world to exceed 10,000 units in monthly delivery, which is a great milestone for the industry. The company is leading the market, being the first in L4 autonomous driving lidar market share.

Back in the summer of 2021, both China and the US imposed new rules on Chinese companies seeking to trade on US exchanges, which compromised the valuations of the IPOs. The US securities regulators did not allow Chinese companies to raise money in the United States unless they provided a full explanation of their legal structures and disclosed the risk of Beijing interfering in their businesses. In addition, any Chinese company looking to conduct an IPO on a US stock exchange should have three years of audited financial statements ready in addition to the other disclosure materials required by the Securities and Exchange Commission (SEC). Meanwhile, Chinese authorities were proposing new rules that would ban companies with large amounts of sensitive consumer data from going public in the US.

As a result, global IPOs fell 44% year-over-year in the first three quarters of 2022. Besides, Chinese companies raised 96% lesser than last year from listings in the US. However, due to the ease of some obstacles, this year might be a bit brighter. Investors are now optimistic, believing that Chinese regulators will go easy on tech firms this year and also introduce measures to boost growth in the industry.

According to China’s Capital Market Services Group (CMSG), Chinese IPOs will grow steadily, with proceeds rising. The growth will be supported by the optimization of pandemic control measures on the Mainland and various economic measures on stabilizing economic growth and progress.

Xiaomi-Backed Lidar Startup Hesai Planning to File for US IPO

What Is Ethereum’s Shanghai Upgrade?

Ethereum Breaks Above $1700 But There’s A Catch