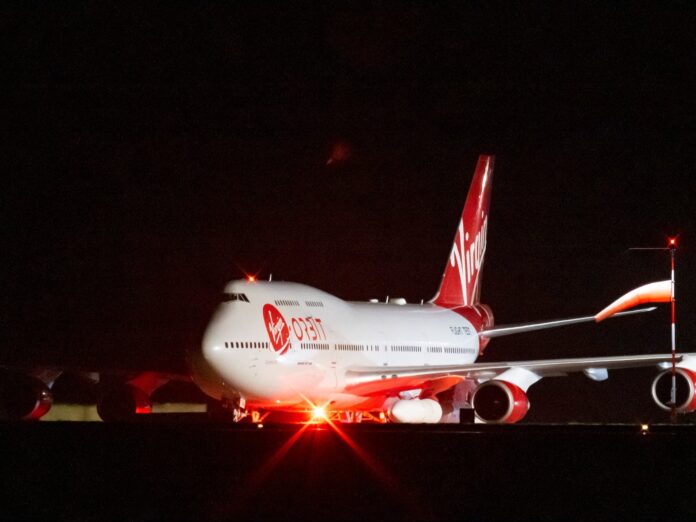 Small satellites launcher Virgin Orbit Holdings Inc (NASDAQ: VORB) has recorded a massive slump in its share price following its failed space mission from the United Kingdom. As reported by CNBC, the company’s rocket which was meant to launch from Newquay, England would have delivered nine satellites to earth’s orbit had the space flight been successful.

Virgin Orbit’s Webcast revealed the LauncherOne rocket was actually released and fired its engine, a move that made it tweet after the launch saying the rocket “successfully reached Earth orbit.”

Virgin Orbit makes use of modified 747 jets to deliver its satellites to space. It releases its attached rockets mid-air, a unique way of launching these space crafts into space. Less than an hour when it made the tweet, the company shared that the rockets had an anomaly and could not reach earth’s orbit as planned.

The company also revealed it had deleted the first tweet and that it is investigating the flight data in a bid to fully understand what went wrong the company promised to share more details when it finally uncovers them. As a relief to the public, the company said the 747 jet and its crew safely returned to Spaceport Cornwall in southwest England.

Virgin Orbit was founded in 2021 and is not in any way new to failed missions. Since its inception, the company has conducted a total of 6 missions and this latest represents its second failed attempt in all. The company notably soft-pedaled on its space program in 2022 and launched only 2 missions, a far cry from the 4 to 6 it promised to launch at the beginning of the year.

The news of the mission’s failure did not augur well with the firm’s investors as reflected in its stock performance. The shares closed Monday’s session at $1.93, down by 8.53%. In today’s Pre-Market, the shares have plunged by an additional 27.98%.

The business of space crafts remains a very complicated venture that it is only undertaken by a handful of companies around the world. Of those making buzz in recent times including Elon Musk’s SpaceX and Jeff Bezos’ Blue Origin, Sir Richard Branson’s Virgin Galactic Holdings Inc (NYSE: SPCE) also ranks as a dominant player.

Virgin Orbit is a spin-off of the British Virgin Group as much as Virgin Galactic is, and in terms of development, the latter is making significant headways in its technology that the former can glean insights from.

While these companies remain under the same umbrella, they typically work autonomously, however, with Virgin Group the ranking largest shareholder, solidified with its latest $71 million funding for the firm, the two rocket-building entities can share insights to prevent the prevalence of related mishaps in the coming future.